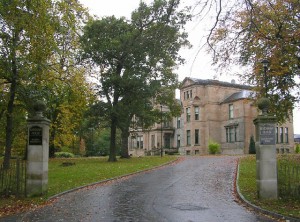 ver 100 years ago, Paisley Burgh Council was looking for a location for a public park. It bought the 55 acres of Barshaw from the Arthur family in 1911 and the park was officially open on 15 June 1912. James Arthur of Barshaw was one of the most successful, enterprising merchants of his time. We hope that the Friends of Barshaw Park can emmulate some of that spirit to bring the park back to some of its past glory.

Barshaw House on the edge of the park, is a beautiful mansion which has seen it serving many purposes from family home of the Smiths and the Arthurs, to a military hopspital for soldiers during WW1, a maternity hospital through to the 1960s and then a geriatric home. It is now converted into flats.

There are some fabulous photographs of people enjoying the park over the years (do you recognise anyone?) and of the many reincarnations of Barshaw House. You can view these with our online photo gallery.